Webzen reported that in September the international version of MMORPG MU Legend will enter the Open Beta Stage. This following languages will be present in the MBT: English, French, German, Polish, Spanish and Brazilian version of Portuguese. In the near future, developers will continue to improve the translation for the above languages, what’s more, new content will be added. More news and guides in relation to MU Legend, reference to here. 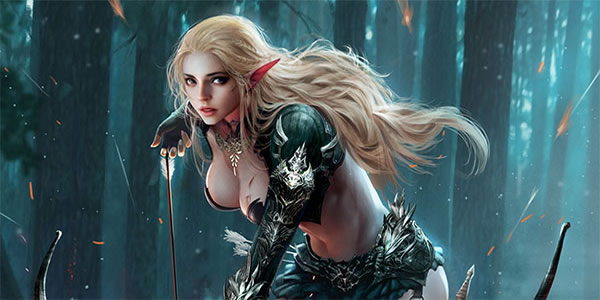 In MU Legend, the battle is endless, but so are your options for destroying your enemies. There are lots of venues in MU Legend for you to slice and dice your way to glory. All classes in MU Legend possess powerful area-of-effect skills right from the start, making leveling a truly thrilling and satisfying experience for players of all levels.

MU Legend, as a prequel in the MU universe, gamers attempt to thwart the Lord of Darkness from plunging the world into chaos. Four classes will be available to choose from in the Beta, including the Whisperer, an energetic bow-wielder, and the War Mage, a spellcaster who also comes equipped with a rather large axe, with more coming as the game launches.

MU Legend is the successor to MU Online and combines hack-and-slay mechanics with MMO elements. Choose your class according to your style to participate in the war. Levels with the classes will be “comfortable” at the beginning, since you have a strong AOE ability that allows you to kill several enemies at the same time. In the game, there are character and skill adjustments that you can specialize in for solo or group games. Highly recommend visit U4GM to buy cheap MU Legend Zen & MU Legend Power Leveling.