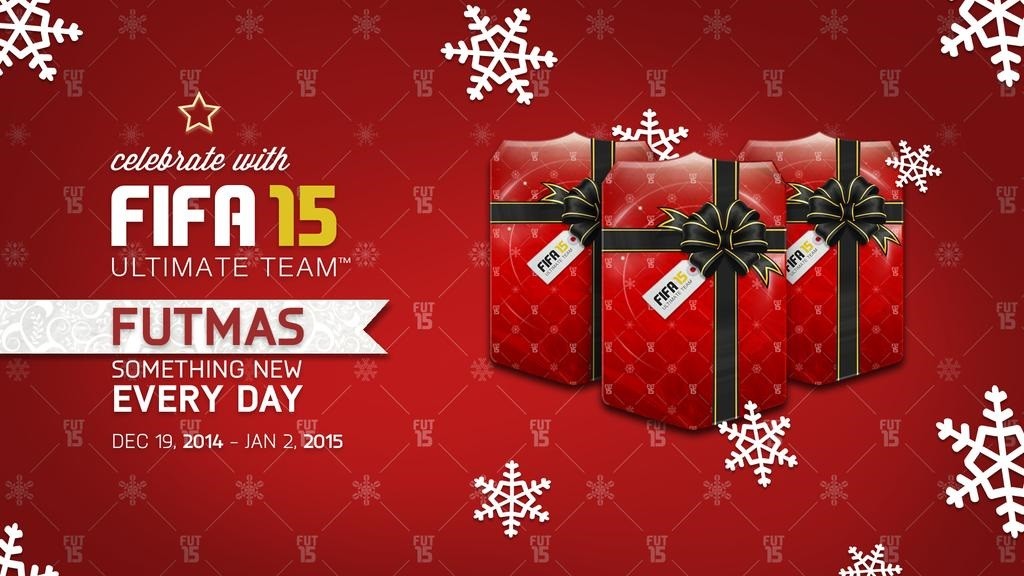 You can expect a new tournament or happy hour special jumbo packs to be released every single day within the dates stated above. Usually on the very last day, EA will release the mega 100K packs and hopefully over the holiday season you get a really beast player out of one of your packs as an early Christmas present from the developers.

In regards to the 15 days of FIFA promo, Electronic Arts will be giving out special prizes and hosting loads of football competitions in which you can be in with the chance of winning loads of merchandise like gaming consoles, your favorite clubs shirt/kit, recording devices and much more. Tis’ the season of FIFA 15.